Leon Prauziński was born in Poznań and studied at gymnasiums in Poznań and in Ostrów Wielkopolski. Like many conscripts from the Prussian Partition, he was recruited to the German army for the fighting on the Western Front of the First World War (1914-1918). He took part in the bloody battle for the French fortress of Verdun in 1916 and was gravely injured in the Argonne Forest, after a period of recovery he returned to Poznań. 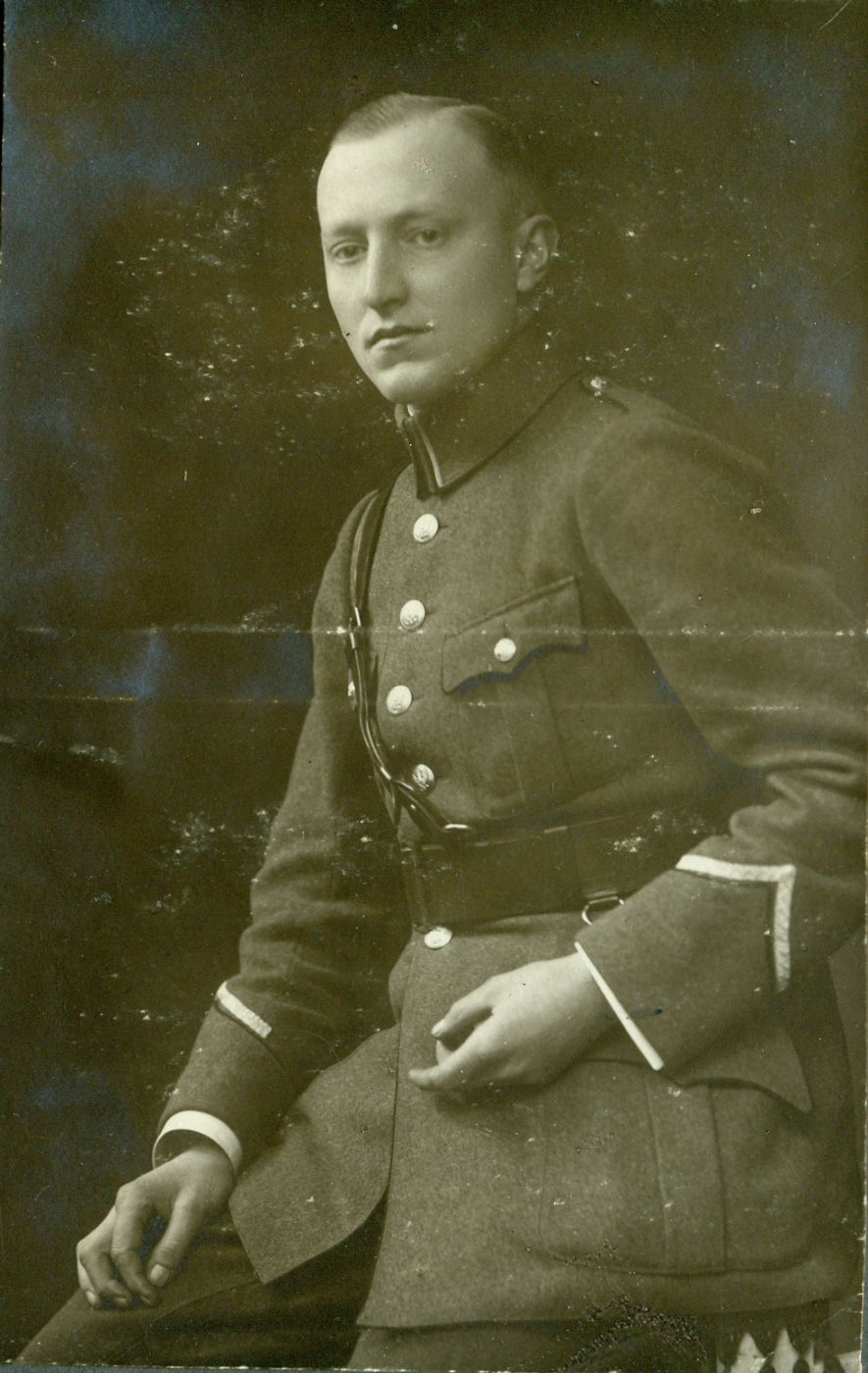 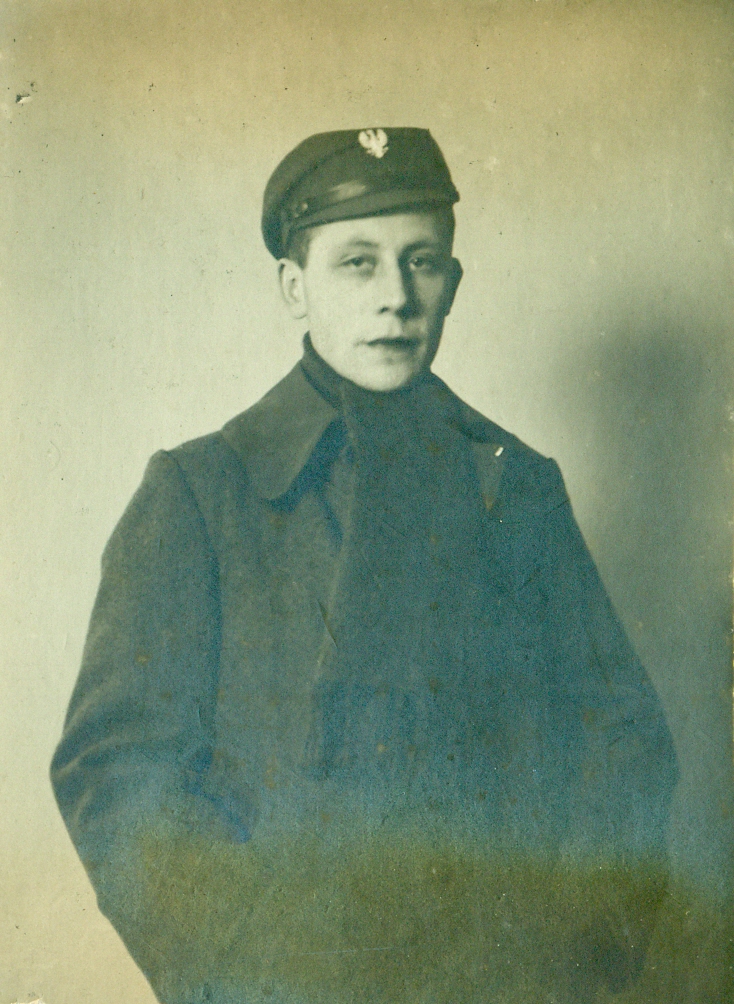 In this exceptional time in history, Leon Prauziński participated in secret preparations for the Greater Poland Uprising, supervised by the Polish Military Organisation of the Prussian Partition. When the Greater Poland Uprising broke out on 27 December 1918 in Poznań, he fought in the group of insurgents led by Stanisław Nogaj and, among other things, took part in the fighting for the Chwaliszewo bridge, which he later portrayed in one of his famous paintings in which he presented himself as one of the insurgents wearing a white scarf and a bowler hat.

Leon Prauziński also fought on the Western Front of the uprising, near Wolsztyn and Zbąszyń, and, from February 1919, on the Southern Front in the vicinity of Miejska Górka. When military activity at the western border came to an end, he took part in the Polish-Bolshevik war (1919-1921).

He passed his final school exams, when the region of Poznań was independent again, at the Maria Magdalene gymnasium in Poznań. In 1923 – 1924, he studied at Poznań University’s Faculty of Agriculture, and in 1927 he went to study in Munich, where in 1928 he graduated from the Faculty of Painting at the Academy of Fine Arts. Having returned to Poznań, he preoccupied himself with his artistic work, providing illustrations for magazines such as “KurierPoznański”, “Orędownik”, “PrzewodnikKatolicki”, “Żołnierz Wielkopolski”, and drawing pictures to be used in books.

Leon Prauziński is the artist of numerous paintings and drawings presenting battle scenes from the Greater Poland Uprising. In 1921–1923, on the basis of drawings and sketches made during the Greater Poland Uprising, he painted 12 oil pictures depicting scenes of insurgent fighting. The pictures, however, survived only as reproductions in the form of 12 postcards printed occasionally since the interwar period, the originals having been destroyed by the Germans during the occupation. Everything that reminded the Germans of the Uprising was fiercely annihilated, whereas the insurgents themselves were tracked down, imprisoned and killed. This is what happened to Leon Prauziński.

After the outbreak of World War II, Leon Prauziński’s name was placed on the proscription list. On 1 November 1939, he was arrested by the Gestapo and placed in Fort VII in Poznań, which was the first concentration camp established by the German in the territory of the occupied Polish lands. The camp was referred to by the Germans as the “camp of bloody revenge” for the Poles’ heroic attitude and for the Greater Poland Uprising, which the Germans had lost.

Leon Prauziński was murdered by the Germans in Fort VII on 6 January 1940.