Behind the Scenes of the Greater Poland Uprising

Behind the Scenes of the Greater Poland Uprising

The international context of the Greater Poland Uprising

In the few years between August 1914 and October 1918, the system of superpowers which had long defined the international relations in Europe, as well as the image of the central and eastern part of that continent occupied hitherto by three empires -  Germany, Austria-Hungary and Russia - was shattered  A new political reality was to emerge from that chaos. The countries, such as Great Britain and France, which came out of the Great European War as victors had to determine their position in that reality and in relation to it. 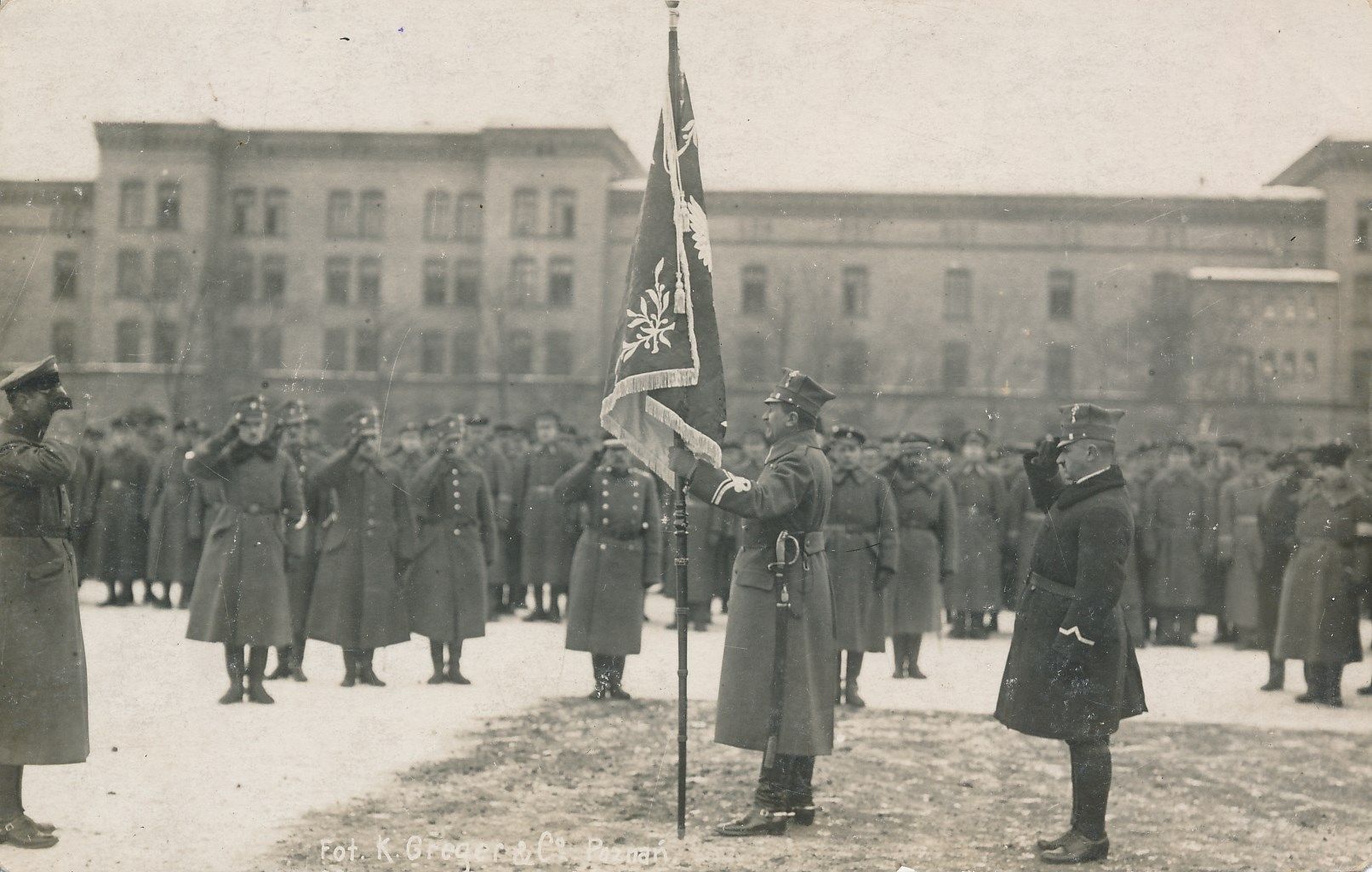 constituted the context for events in Central and Eastern Europe, which marked the formation of new states that were supposed to be national, but emerged in ethnically heterogeneous areas. This process, as well as the objectives and aspirations of the two superpowers mentioned above, determined the conditions under which the reborn Polish state was established. These were also the premises for determining its territorial shape and the geopolitical role it was to play among the defeated Germany and the revolutionary Russia.

The territory of reborn Poland had to include the areas which had so far belonged to Germany. Both the extent of German losses, i.e. the German-Polish borderline, and the way this was to be determined remained open issues. Among the eastern provinces of the German Reich, which were included in the Polish territorial programme, the Poznan region had a special place. According to Prussian statistical data from the year 1912, the Polish population in the Poznan province which consisted of the Poznan and Bydgoszcz administrative districts represented 61.5% of the overall number of inhabitants in the region[1].

Political activists from Poznan were getting ready to take over power from the Germans at a suitable time that came with the outbreak of the revolution in Germany during the first days of November 1918. The previously existing secret Central Citizen's Committee transformed into the People’s Council (from 14 November onwards - the Supreme People’s Council). At the same time, the more radical pro-independence circles which took the possibility of a military uprising into consideration and made secret preparations in this direction was also active. In turn, the members of the Supreme People's Council assumed that the future of the Poznan region would be determined during the peace conference. This attitude was shaped both by the tactic of the evolutionary creation of current relations with the authorities in Berlin, and the conviction that the creation of fait accompli might be perceived negatively by the international forum decision makers.

The governments of western superpowers and the Polish National Committee based in Paris, which was recognised by the Entente states as the official representative of the Polish cause, considered it desirable that one of the leaders of the Polish National Committee, Ignacy Jan Paderewski, a world-renowned pianist who had been involved in the social and political activities during World War I, should go to Warsaw, where the authorities of the nascent Polish state had been organising themselves since 11 November 1918. Paderewski’s route was to lead from Great Britain through to Gdansk and Poznan. As hardly anyone was aware of the events taking place in Warsaw and even more so in the Polish territories as part of the German Reich, an unofficial British information-liaison mission  commanded by Colonel Harry Wade accompanied Paderewski on his trip to Poland.

The arrival of Paderwski and Wade's mission in Poznan on 26 December 1918 became the cause of demonstrations which sparked the impulse to the outbreak of the Greater Poland Uprising on the next day, i.e. 27 December. During his stay in Poznan which lasted until the night of 31 December 1918 / 1 January 1919, and also during the subsequent stay in Warsaw (until April 1919), Wade sent reports to London with an overtone which was positive for Poland 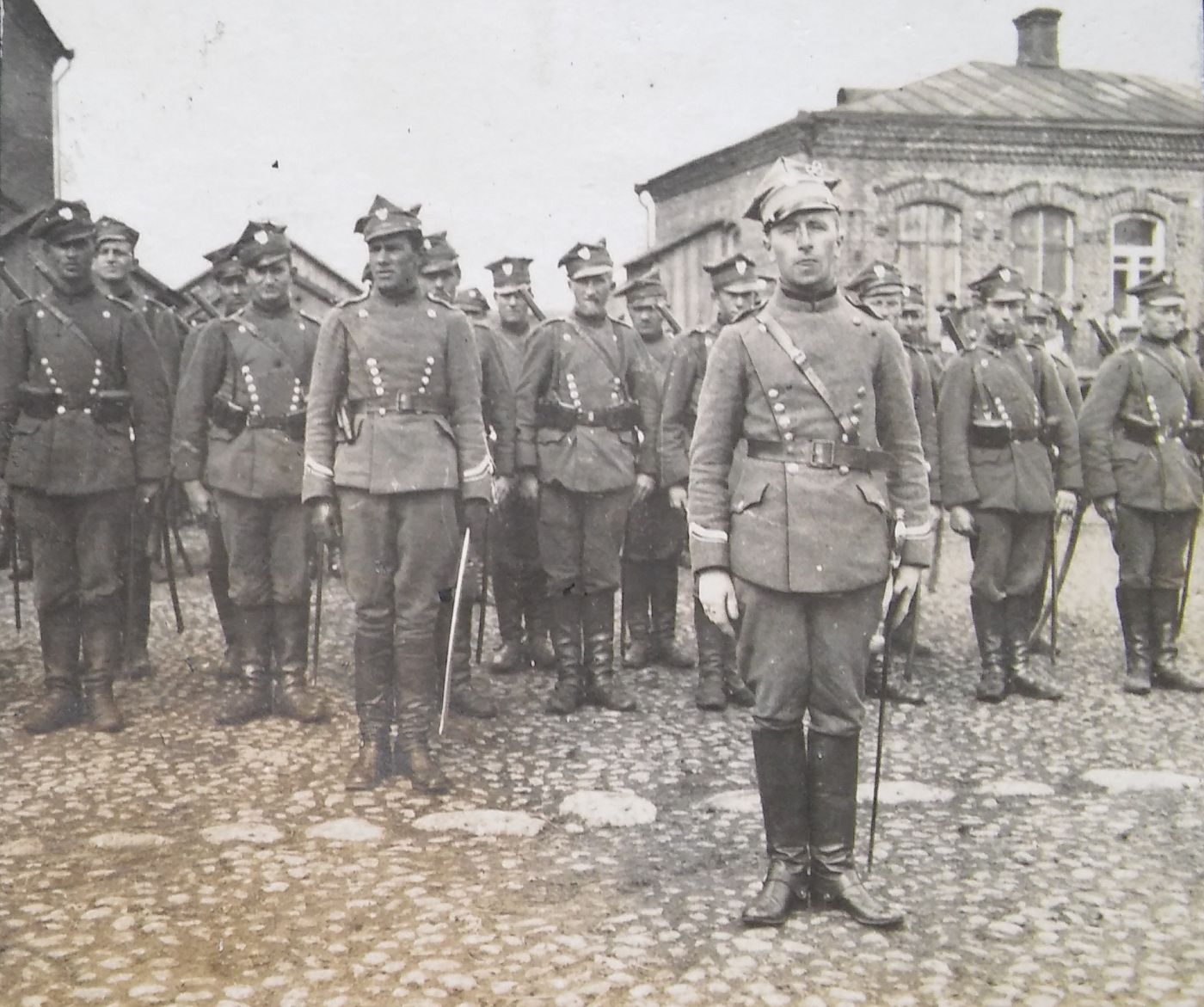 The outbreak of the Uprising was taken with a pinch of salt in London. Officially, this was also the position of the French authorities - supporting the Uprising too unequivocally would complicate relations within the Entente states, above all with Great Britain. The superpowers saw that a military conflict with Germany was another threat among all those faced by Poland at that time, whereby the greatest one was related to the possibility of cooperation between the revolutionised Russia and Germany or even the possibility of the Bolshevik revolution reaching that latter country.

Poland was to be an important element of the anti-German system which France intended to build in Central and Eastern Europe. French politicians signalled their pro-Polish position at the meetings of the Council of Ten, the leading instance of the peace conference at that time. In this respect, an important role was played by the speech of the leader of the Polish delegation for the conference, Roman Dmowski, given at the Council’s meeting on 29 January 1919. He presented an exhaustive account of the then current position of Poland and its territorial programme. He began with the Polish-German relations. He concluded that: “[H1] As soon as circumstances permitted, Poles established their authorities in a peaceful manner and then waited for the peace conference and its decisions on Poland. The only thing that they wished was to prevent the Germans from putting any obstacles in the way of the Poles’ desire to unite with other Polish provinces. As Dmowski claimed, the military conflict broke out because of Germans, and presently the Poles were ready to comply with the appeal of the Council of Ten of 24 January 1919 to cease hostilities. However, in light of the German threat, ”if the Allies do not stop both sides of the conflict (both the Germans and the Poles), Poland will inevitably be crushed”[2].

The support of the Entente states for Poland was strengthened. On 2 February 1919, exercising the decision of the Council of Ten taken on the preceding day, the commander-in-chief of the allied forces, Marshal Ferdinand Foch, gave General Alphonse Nudant, who headed the Inter-Allied Truce Commission, an order intended for the German authorities in German Poland  "to abstain from any use of force in this province and refrain from any interference with public life until the conclusion of the peace conference”[3]. During the meetings of the Council of Ten, French Prime Minister Georges Clemenceau time and again took the opportunity to adopt a more anti-German, and therefore more pro-Polish, stance than the one presented by his Anglo-Saxon partners whenever the situation in the Poznan region was mentioned. On 7 February 1919, he said: "At the request of the Allied Forces, the Poles put a halt to the further advances of their troops, but the Germans responded to a similar request with a completely unmasked refusal” and suggested threatening the Germans – as "they only recognise the argument of force” – that any attack on their part on the territory of Greater Poland would cause the allied armies in the West to march forward. In the context of German requests for food aid, he added: ”Should we tell them: «If you stop attacking the Poles, we will give you bread, sugar and other articles?» No. What they need to hear is that if they attack the Poles, the allied armies will enter Germany” However, this stance was not adopted by the Council of Ten[4]. Clemenceau would return to his idea in the following days, but to no avail.

In the first half of February 1919, the Council of Ten discussed the issue of renewing the artmistice with Germany. Clemenceau and Foch unanimously demanded that this time the truce should also include the territories which were the subject of disputes with Germany - “in the Poznan region or elsewhere”[5]. And such a decision was taken on 12 February 1919 at a meeting of the Council of Ten expanded to include military staff, and therefore, operating as the Supreme War Council, together with Foch's authorisation to draw the demarcation line; at the same time a reservation was made that its course would not affect the course of the future German-Polish border. These provisions were included in the terms of the armistice signed on 16 February 1919 in Trier, this time for an indefinite period (as opposed to the previous ones). Despite the reservation quoted above, the fact that the territory which had been captured in the course of the Uprising was secured in this way by the Poles was of paramount importance.  In practice, this meant that Germany had lost Greater Poland. The authorities in Berlin had already been aware of such a prospect as early as the end of 1918. However, the fait accompli created by the Uprising and its confirmation by the armistice in Trier deprived the Germans of their bargaining chip: As to the Greater Poland region, the only issues that could be raised in the discussion regarding the course of the future Polish-German border were related to minor details and not affiliation to the Polish state itself.

In order to control the implementation of the provisions of the Trier Armistice, General Charles Dupont, head of the inter-allied mission in Germany, visited Poznań on 22-24 February 1919. This was followed by a visit of the inter-allied mission headed by Joseph Noulens, which was sent in March 1919 to Poland by the Peace Conference. Right after the armistice, one of the major tasks was to bring about the conclusion of the agreement determining the Polish-German relations on this territory in anticipation of a peace treaty with Germany. These efforts failed as a consequence of German obstruction and discrepancies among the representatives of different superpowers who were part of the mission. Further actions of the Entente states took the form of work carried out by the commission for Polish affairs set up by the peace conference, under the leadership of Jules Cambon. The aim of the work was to determine the course of the entire Polish-German border.