On the occasion of the 100th anniversary of the outbreak of the Greater Poland Uprising, the Poznań branch of the Institute of National Remembrance has prepared a special badge commemorating the event. The “Greater Poland rosette” has been chosen as the symbol of the uprising that broke out a century ago.

The Greater Poland rosette – this is a club-shaped badge which was originally worn by soldiers from the Greater Poland Army, as introduced on 22 January 1919 in a regulation by the Commander-in-Chief of Armed Forces in the former Prussian partition, General Józef Dowbor-Muśnicki. 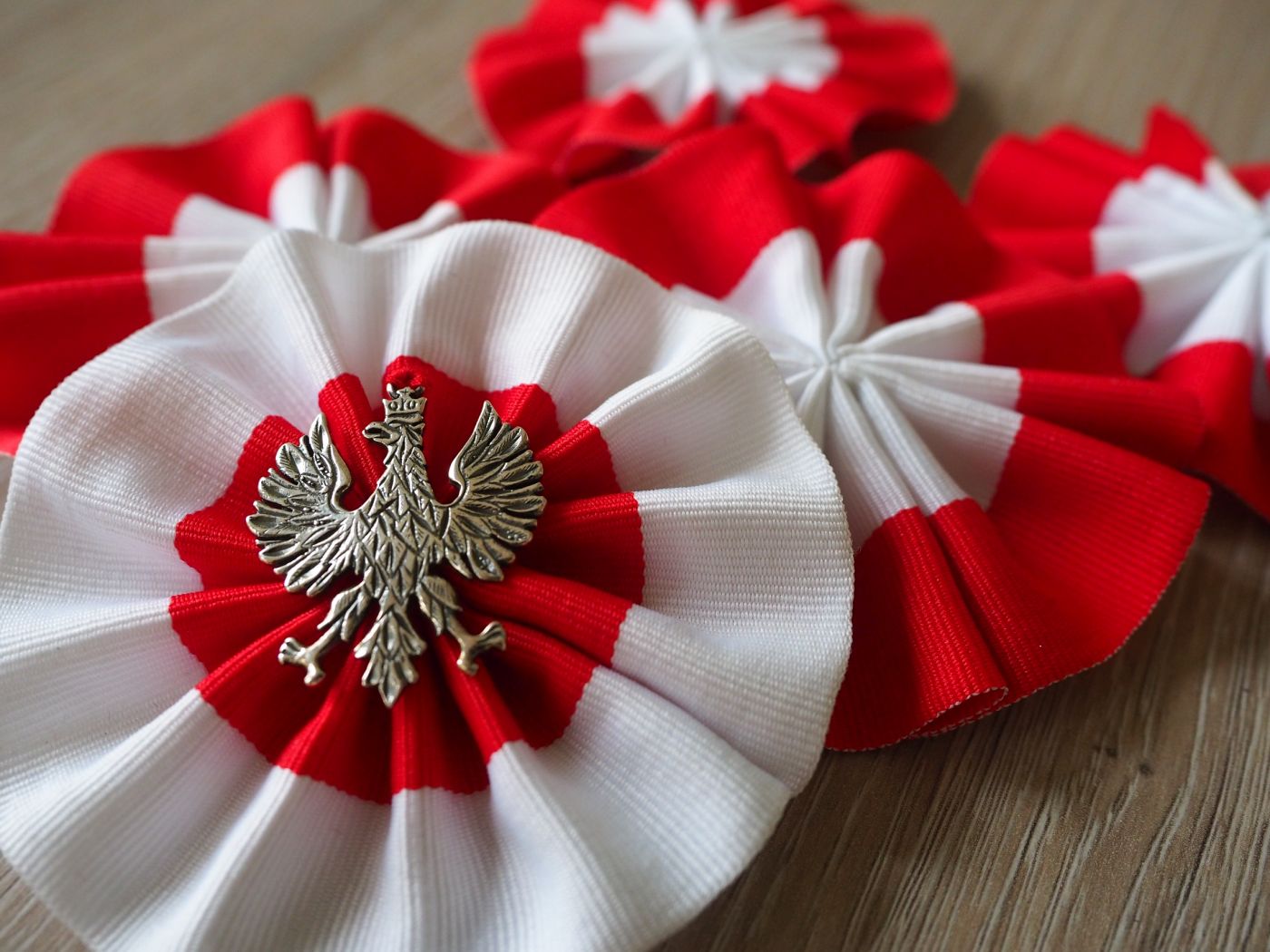 Soldiers from Greater Poland serving in the Prussian army had long been familiar with the term “Rosette” which they knew from military regulations. The Prussian Rosette, used to fasten the liner to the metal helmets of the cavalry, was in the shape of a trefoil leaf. This is probably why the club-shaped badge worn on the four-cornered “rogatywka” caps by Greater Polish soldiers was also called a “rosette”.

The badge was made of dark green or silver (for officers) thread, with a small button at the bottom. It was sewn on the left-hand part of the cap. It was also decorated with rings that symbolised ranks. They were red and white for lance corporals, red for younger officers, silver for senior officers and gold for generals. It was worn until the unification of the Polish Army’s uniforms in May 1920.

During the period of the Second Polish Republic, these rosettes were worn on the rogatywka caps of former insurgents and soldiers of the Greater Poland Armies. In the 1960s, uniforms with rogatywka caps and rosettes were awarded to those insurgents associated in the Society of Soldiers Fighting for Freedom and Democracy. After their honourable promotion to officers, rosettes were made of silver galloon. In the Third Polish Republic, the rosette was placed between the arms of a cross which was a part of the Brigade Sign of the 15th Greater Poland Armoured Cavalry Brigade, which operated from 1996-2006. It is also included in the emblem of the Gniezno municipality, introduced in 2014.

There is a common misconception that the rosette and the round insurgents’ bow made of red and white ribbon are the same thing.